When I first saw this I was not sure I wanted to post it. Did not want anyone to think that we were promoting a “love it or leave the profession” point of view but after more thought I realized that this list of skills could also serve as a reminder of what you need to highlight in your resume!!!  and maybe how your pro bono activities could help fill these gaps! So here goes..Legal Skills You Can Use in Any Job

The New Jersey Supreme Court has disbarred an attorney convicted of conspiracy to commit immigration fraud.

From the recommendation of the Disciplinary Review Board

During his allocution, respondent admitted that, while working on asylum applications in Manhattan, New York, from 2008 through December 2012, he came to believe with a “high probability” that the applications were “false.” Despite that belief, respondent did not investigate the truth or falsity of the applications, and continued to work on them. He admitted  that he worked in concert with others at his law firm and that some of the “false” applications were submitted to the immigration court.

He was sentenced to a 24-month prison term.

In the disciplinary case, he placed the blame on his being manipulated by his “young, attractive office staff.”

The breadth and depth of the fraud that respondent perpetrated against the United States government, along with his refusal to take responsibility therefor, beyond entering a guilty plea to the crime, lead us to only one conclusion: respondent should be disbarred.

He also has been disbarred in New York.

On April 11th the Pro Bono Program celebrated the recipients of the Pro Bono awards, welcomed our new Board members and congratulated our graduating members.  The courtyard was awash in blue and green balloons ( a few escaped) and smiling faces. 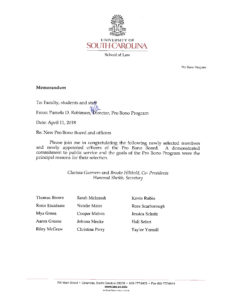 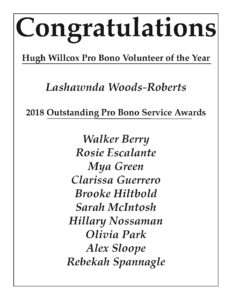 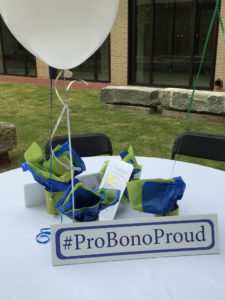 Thanks to everyone who donated or provided any words of encouragement to our Law School community.  With our donation of 6,783 we will be providing 3 meals a day for 7.5 families of 4 an entire year.  Amazing.

A special thanks for Professors, Brown, Handel and Medlin for going the extra mile!  You are truly faculty with heart! 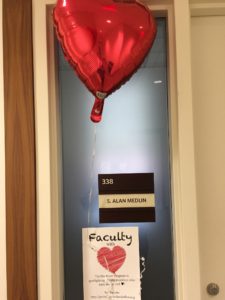 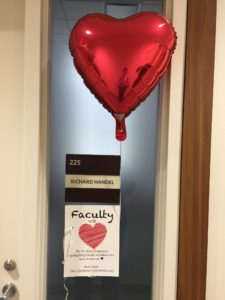 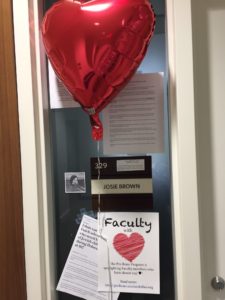 Time to drag in those cans, bags and boxes of non-perishible food!  Boxes for each class are located in the Commons.  You can also use Venmo to donate money!  @USClawprobono Make sure your class gets credit but denoting it on your donation.

What else his happening this week?  Bake Sale, Peanut butter collection and a FOOD TRUCK! Latest details on the Pro Bono Facebook event page. 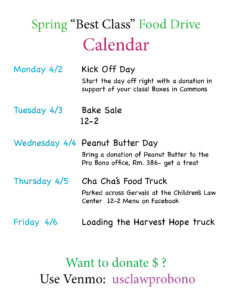