If you have an hour or so a month and would like a change from studying, we have the perfect pro project for you!  The Richland County Bar Association staffs a Homeless Legal Clinic twice a month at Transitions.  As part of the HELP Clinic an intake form is completed ( often by a volunteer law student) At the conclusion of the Clinic the forms are scanned and sent to the Pro Pro Bono Program

Where do you come in?  We need to enter the information on those forms into a data base. This helps the HELP Committee figure out what are the trends and emerging issues facing the homeless population.

Once you volunteer the Pro Bono Program can give you access to the office so you can drop in anytime to enter data.  The hardest part of this job-reading the handwriting of the lawyers!

To volunteer send a message to Pamela Robinson Robinspd@law.sc.edu

The ABA Standing Committee on Pro Bono has declared Oct. 21-27 Celebrate Pro Bono Week!  It is a time that across the nation, Bar Associations, law firms and law schools will be focussing on what we do best- pro bono work!

What are we doing that is special at USC Law?  A  BAKE SALE and conversation! join us for the Meet n’ Sweet!

The Oct. Issue of The Difference is here! Read, react, engage!

YES, then you are just the kind of chef we need to enter a crockpot of soup into the Annual Hunger is NOT a (Crock) Pot c 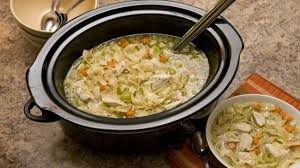 Speak up for the best job!

Take note!  or rather speak up!

The Skill Employers Want the Most: Good Speaking Skills

That’s the finding of a survey conducted by the Association of American Colleges and Universities.

In survey after survey, employers say they need people who are good communicators. And they say that strong speaking skills are even more important than good reading or writing skills.

In a survey released in August, executives and hiring managers said good oral communication is the skill they want most from job candidates. It outranked others that get far more public attention, such as critical thinking, solving complex problems, working in teams, and writing well.

More than 80 percent of the executives and hiring managers surveyed said good verbal skills were very important, but fewer than half said recent college graduates were ready to hit that ball out of the park.

You can read more here in Education Week.