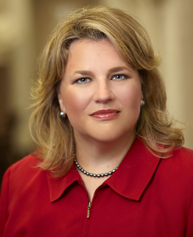 “When I interview candidates for law clerk or associate positions, I look for someone who has been involved in the Pro Bono Program because it shows me that they’re interested in practicing law for the right reasons,” says Nekki Shutt, a 1995 alumnus of the University of South Carolina School of Law and a current attorney for Callison, Tighe & Robinson, LLC.]

“Pro bono work really takes you back to the roots of what a lawyer is supposed to do, which is to give back to his or her community and help people.

Shutt was involved in the Pro Bono Program during the early years of its existence, and describes the program’s director, Pam Robinson, as a “lumninary.”

“Pam is one of those inspirational figures around the law school, and everyone wanted to hang out with Pam and do what she was doing because it seemed so exciting and it was so meaningful. That’s how I got involved.”

Shutt says she stayed involved because she saw opportunities to start advocating for others before she had earned her law degree. She says that not only does the program give students hands-on experiences, but it’s these types of experiences that give them the chance to stand out while also staying grounded.Pam

“Pro bono work really takes you back to the roots of what a lawyer is supposed to do, which is to give back to his or her community and help people.”

After graduating from law school and passing the bar, Shutt continued her commitment to public service and civil rights. She got involved in the Gay and Lesbian Victory Fund, a national LGBT organization now called the Victory Fund. There, she was on the national board for five years and ended up co-chairing the group. Later, she helped found SC Equality, an LGBT statewide group where she’s been on the board for ten years.

“I’m still very focused on civil rights issues. It’s where my heart is, so that’s where I do most of my work,” she says. “The Pro Bono Program allows us to remember the fundamental reasons for going to law school, which makes it the best thing you can do while you’re there.

“I hope that I’m here for the 50th anniversary of the Pro Bono Program, too. Pam is one of the unsung heroes. She’s very modest, and she deserves a big pat on the back, because she’s the one who started this and sometimes it’s a thankless job. Love you Pam!”

Engage with the Pro Bono Program